TRIA Management was founded in 2014 by Raffaella Tassistro, who after many years working in the field of live performance management decided to devote her attention to a small number of carefully selected young artists. Hence was born an opera agency dedicated to the great artists who are a part of it, each one personally managed by Raffaella with passion, care and discernment in the artistic choices they make, to achieve the highest artistic levels required in international classical music. 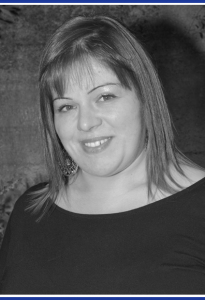 Raffaella Tassistro dedicated herself at a young age to studying music and graduated in opera performance at the Conservatorio N. Paganini of Genova, continuing her studies with G Ravazzi, K. Ricciarelli and U. Benelli. She is an early childhood music teacher and director of the “Alfredo Casella” Music Association Children’s Choir. Alongside this her other musical endeavours include: 2001 to 2010 – collaborator in the Artistic Direction of the “Arte in Scena” Association; from 2003 – secretary of the “Mario Panatero” Choir Association of Alessandria; from 2009 – Artistic and Organizational Secretary of the “Alfredo Casella” Music Association of Novi Ligure; from 2006 – Orchestral Supervisor and Music Archivist with the Alessandria Classical Orchestra; from 2011 to 2016 October – collaborator in the Artistic Direction of the “Spazio Musica” Association of Genova, which for 35 years has been organizing international performance seasons, opera workshops for singers, conductors, repetiteurs, directors and orchestra professors, international competitions for opera singers and opera conductors, taking place each year in Orvieto, Italy, in the historic Mancinelli Theatre; from 2012 – counselor with the delegation for the Choirs of the Province of Alessandria for the Piedmont Choirs Association and from 2016 Secretary of the Council of Presidents; from 2014 – General Manager of TRIA Management, an opera agency dedicated to artistic representation in the classical music and opera world, collaborating on an international level with many opera singers and orchestra directors.