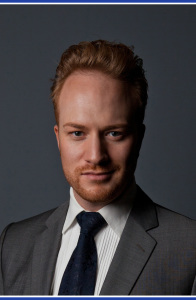 Boyd Owen, comes from Australia/New Zealand and commenced his studies with Peter Mander at the Melba Conservatorium of Music in Melbourne, Australia. Further studies were with Qilian Chen in Shanghai China, and Gabriella Ravazzi in Genova, Italy.

He has performed with opera companies and symphony orchestras in Australia, Europe, the USA and China. The 2013-2014 season saw Boyd make his debut in many roles and with many new companies. Most recently he débuted the role of Prince Ramiro in Rossini’s La Cenerentola with Teatro dell’Opera Giocosa in Savona, Italy, conducted by Giovanni Di Stefano. He also returned to Orvieto for the 2014 Spazio Musica Opera and Concert Summer Season to debut Nemorino in Donizetti’s L’Elisir d’Amore conducted by Vittorio Parisi. In 2013 Boyd débuted with the Teatro Comunale in Bologna, Italy, in Britten’s The Turn of the Screw playing the role of Peter Quint and the Prologue, conducted by Jonathan Webb. He was invited back to Bologna to open their 2014 symphonic season singing the tenor solo in Britten’s The Ballad of Heroes, conducted by Aziz Shokhakimov.

In 2013, at the Spazio Musica Opera and Concert Summer Season in Orvieto, Italy, Boyd performed the role of Basilio in Mozart’s Le Nozze di Figaro, conducted by Vittorio Parisi and at the same time he won the men’s section of the 18th International Spazio Musica Singing Competition. Boyd’s other roles have included Tito in Mozart’s La Clemenza di Tito for the Masterworks Festival, USA. As well as understudy roles in Mozart’s Così fan tutte and Monteverdi’s L’Incoronazione di Poppea for Victorian Opera, Australia.

He performed with the Australian group The Ten Tenors for many years. His time with the group included numerous highlights: TV appearances such as the Jerry Lewis Telethon, USA; Carols by Candlelight, Australia; Verstehen sie Spass, Germany; and the Allsång festivals in Norway and Sweden; as well as recording the live DVD Amigos Para Siempre in Madrid with the RTVE orchestra. Boyd is the singing voice behind the Foster’s Carlton Draught ad campagin Slow Motion – Made From Beer. He also released a solo album titled Songno. Boyd appeared in the workshop cast of the new Broadway musical Angels.

In February 2015 he was Ernesto in Don Pasquale by G. Donizetti, conducted by G. La Malfa, at the Teatro Comunale in Bologna. In January and February 2016 he debuted Don Narciso in Il Turco in Italia by G. Rossini, conductor G. Di Stefano and director F. Bertolani, at the Teatro Municipale in Piacenza and at the Teatro Dante Alighieri in Ravenna. In March 2016 he was Lindoro in L’Italiana in Algeri by G. Rossini conducted by B. Campanella at the Maggio Musicale Fiorentino.