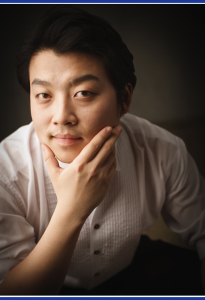 He has won many international vocal competitions :

In July 2015 he performed Barone Douphol in La Traviata in Savona conducted by A. Sisillo, with the Carlo Felice Orchestra of Genova in a Opera Giocosa production in Savona. In November 2015 he was Giorgio Germont in La Traviata at the Teatro Goldoni in Livorno, conductor C. M. Volpini; he has sung Alfio in Cavalleria Rusticana at the Marenco Festival. In April 2016 he was Marcello in La Bohème at the Daegu Opera House (Korea) and in July 2016 he sang Macbeth in Macbeth by G. Verdi at the Pusan Opera House (Korea). In May 2017 he will be Silvio in Pagliacci at the Seoul Arts Center (Korea).